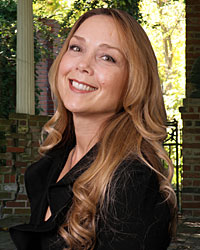 To understand how this inspirational book From a Legend and Kingdom of Darkess into Poems of Hope can change your life, you must understand the history of Antionette Campbell.  Currently residing in Washington, Pennsylvania, Campbell came from a tragic childhood to become a respected motivational speaker and author in her community.

Antionette Campbell was born in New Jersey and was raised in the suburbs of Chicago for most of her life.  Her parents were immigrants, bringing the culture and tradition of Puerto Rico and Austria to the promise land of America.  After living as neighbors and dating a short time, her parents gave birth to her and shortly thereafter had three more children.

What sounds like a great start for a happy family was really the beginning of a painful and abusive journey.  The end for this family began over 35 years ago, when Mrs. Campbell was about 11 years old.  No words can describe the horror of a young girl watching as her drunken father stabs her mother three times and then leaves her for dead.  Within hours, Antionette and the other children were removed from the home and placed into a foster home.

This set the course for a journey filled with sexual abuse, unhealthy relationships, drug addiction, bulimia and even a car accident that left her in a coma.  It culminated in her attempted suicide and subsequently being admitted to the Psychiatric Unit.  It was during her stay at the Psychiatric Unit, and a revelation during her coma, which finally allowed Mrs. Campbell to break free.

Shortly after being released from the Psychiatric Unit, Mrs. Campbell started writing poetry and songs.  Writing released her from her pain, which in turn, allowed her to embrace her healing. Before long, her destiny unfolded and God was compelling her to share her writings of poetry to the world.

Antionette Campbell has received her Ministerial License and graduated in June 2006 from Without Walls International Church in Tampa, Florida.  She lives in Pennsylvania and continues to work within her developing ministry.  Mrs. Campbell is a consultant to Dr. Byron Phillips of the Psychology Department at Pheonix Campus in the city of Pittsburgh.  She is a member of RAINN (Rape Abuse Incest National Network) and is available for speaking engagements.