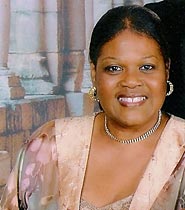 Geri Lewis is an up-and-coming author who has a degree in Criminal Justice.  Many years ago, her deceased mother, Rev. Rosa Lee Cannady, encouraged her to major in this field because she sensed Geri’s investigative skills.  Later on, her mother strongly suggested that she should write a book not realizing that her first book would be about her life’s experiences.  When she wrote these journal entries, she wrote them because of her complete concern for her life with Barry the second time around. She was not aware that these journal entries would someday become the basis for this book.  Nevertheless, she is very pleased that she took her mother’s advice because she was an incredibly wise woman.

As you read this book, you will discover that Geri exemplifies a life-giving person, but Barry epitomizes a life-draining person.  Despite Geri’s many challenges with Barry, she remained spiritual and determined to make her marriage work.